Familiar hypercholesterolemia (FH) is the most common genetic disorder associated with the development of severe and premature coronary artery disease (CAD). The disorder is caused by mutations in the gene that encodes the low-density lipoprotein receptor (LDL-r), resulting in a lower expression of functional LDL-r in the liver. FH has autosomal dominant transmission with high penetrance and the prevalence of heterozygous individuals is one in 250 in the general population. To date, more than 800 different functional mutations of the LDL-r gene have been described worldwide, and more than 200 have been documented in Spain. In addition, a much less common disorder that resemble FH is familial defective apoB 100 disorder (FDB) produced by a mutation in the Apo B 100 gene. FDB accounts for a significant proportion of FH in some localized regions of Spain.

Life expectancy is shortened by 20 to 30 years in FH patients, and sudden death and myocardial infarction are the principal causes of death. The Simon Broome Register of FH in Great Britain, has shown that FH has a 100-fold increase in coronary mortality and a nearly 10-fold increase in total mortality, especially in young adults.

Since the 1990′s, coronary mortality and total mortality in FH patients have decreased remarkably in part due to the use of more effective lipid-lowering therapy such as statins. The analysis of the Dutch FHcohort showed that an early treatment with statins after the diagnosis of the disorder leads to near normalisation of coronary heart disease risk comparable to the general population. Therefore, most of patients require an early, continuous and more intensive lipid-lowering therapy.

Despite the use of statins, this population still have a high risk for the development of premature CAD. Therefore, the need to study the relatives of a known FH case, know as cascade screening, is essential to detect those cases that are younger, probably with a less severe form of FH and are not receiving treatment to prevent cardiovascular disease development. 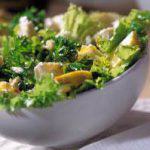 Although the genetic defect is probably the most important factor in the clinical expression of FH, other genetic (gene-gene interactions), environmental (particularly those relating to diet, tobacco consumption and physical activity) and metabolic factors could play an important role in modulating the atherosclerotic burden in this population.

To gain insight into the prognostic factors and mechanisms that influence the development of CAD and mortality in FH, a long-term prospective follow-up of a molecularly well-defined FH cohort using a multidisciplinary approach is necessary. This cohort is an excellent tool of translational research to evaluate and determine the principal prognostic factors related to CAD morbidity and mortality.